Joyce first discovered blues about ten years ago around the time of the first Edinburgh Bluez Cruize, and on discovering there were no blues dance classes in Glasgow, set up Thursday Night Blues the following year. She has been teaching blues in Glasgow for around nine years and believes that Glasgow is the first UK scene to teach all its classes as switch (everybody leads, everybody follows.) She has taught blues dance classes at different events over the years such as Seagull Steps in Aberdeen and The Glasgow Getdown, but her main focus is maintaining and building the Glasgow Blues dance scene.

Ewa started blues at one of Joyce’s monthly blues classes in Glasgow in 2014, and immediately wanted more. A few weeks later she already attended a big blues weekend event which was happening in Inverness at the time. Completely sold and in love Ewa travelled for more around Europe and at some point later she started teaching some weekly classes in Glasgow too. She has taught at various weekend workshops including recently, Scotland Invades in Inverness and European Micro Fantasia.

Born in Lisbon (Portugal) Carla began to dance and jump as a child. She has formation in Circus, Theatre, Ballet, Tap, Singing and some other art  related and non-related crafts.
She discovered Lindy Hop  In 2009 with Abeth Farag and started teaching in 2011.
In 2014 discovered Blues dance in the Atlantic Blues first edition and fell in love with this dance that allows her  to join the musical and theatrical expression to various rhythms and to fully express herself.
She teaches Solo Blues,Partner Blues, Lindy and Vintage Jazz at Swing Station in Lisbon and was invited in 2015  to join the production team of the Atlantic Blues Festival and in 2019 organized the first Lisbon Blues Exchange.

Note that we have a couple of volunteer event passes in exchange for help with set up / close down and registration desk.  Please email blacklabelbluesscotland@gmail.com to apply. 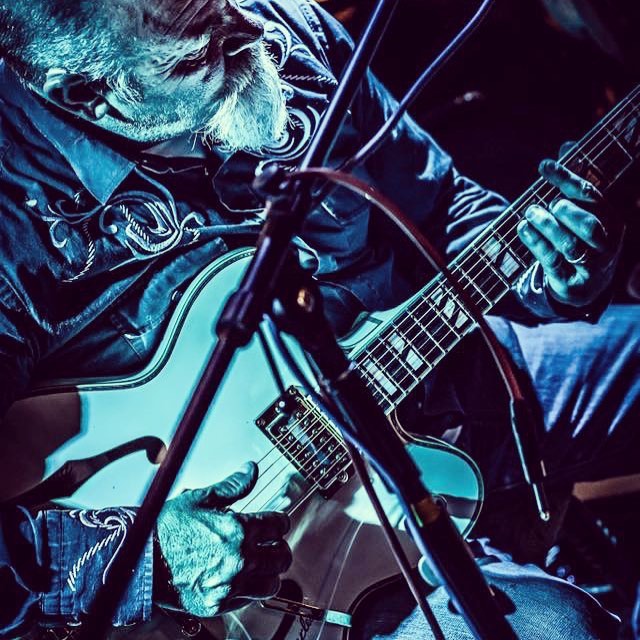 I’m bouncing with excitement to announce that our live music on Saturday night will be provided by Mike “Dr Blue”. Once described as ‘the bastard son of Tom Waits and Howlin’ Wolf’, in his own words, Mike says:
My music is Blues, Roots & Folk.
I am a singer, song-writer & composer;
a guitarist.
a harmonica player,
a poet, a story-teller
I do the thing I love & it feeds my soul.
My body, on the other hand… that’s mostly fed by single malt.
He has played a number of times for Edinburgh blues dancers, both by invitation and by having his gigs blues-bombed, and every time both he and the dancers have had a fantastic time. So fantastic that after a gig one of the dancers commented that Mike was “the best band for dancers ever”.
Most musicians come to a gig with a set-list to play and stick to that. Mike comes with some songs in mind then pays attention to what’s happening on the dance floor and responds to it. He really interacts with the dancers, truly becoming another partner in the dance.

Early Bird passes are all gone but there are still plenty or other passes left including spaces at the hotel.

Leads, your community needs you!  We are on the verge of wait-listing Follows but if you sign up soon you could stop that happening.